Empty The Tanks / About Us 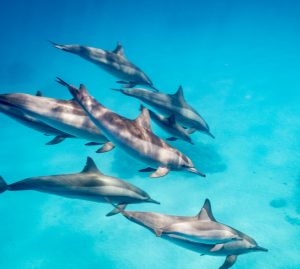 Our vision is a world without cetacean captivity and a world with healthy oceans and marine life.

My name is Rachel and I started Empty the Tanks in 2013 after I visited Taiji, Japan as a volunteer to help document the annual dolphin slaughters that take place there. After witnessing the horrific acts happening in the infamous Cove, I decided I wanted to take this fight to the captivity industry. I had stood in Taiji and given a voice to the dolphins who lost their lives in those waters, now I was going to give a voice to the dolphins and whales suffering in captivity all over the world.

Marine entertainment parks have no place in our world anymore. These are incredibly social, intelligent beings that are being exploited for monetary gain.

Empty the Tanks is not a radical movement demanding the release of all captive marine mammals into the wild. Some of these animals might be great candidates for release, but those that are not should be retired into sea pens, where they can enjoy the rest of their days in natural seawater, feeling the waves of the ocean around them. They should not be worked until their last breath is taken and then thrown out like trash and replaced.

My goal was to create a campaign that could educate the general public about what captivity means to cetaceans. These annual events will allow activists to reach the public all over the world in a positive and productive way.

I also believe strongly in the need to do more for our oceans. Plastic pollution and reef safe sunscreen education is absolutely crucial to ensuring wild dolphins, whales and all ocean creatures have a safe place to live. Our oceans are dying and it is part of the Empty the Tanks message to bring awareness to those issues as well.

We can all make this world kinder, brighter, and a better place for all beings to live. You can make a difference if you try, so what are you waiting for?

Please join us and help get the message out. Together we can make a stand, save our oceans, and empty the tanks worldwide.

May all beings be wild and free

Thank you for your support,
Rachel